Mentor Shamlan Al Bahar started the day with a challenge for the Candidates, where they needed to create a new song in Arabic about planet Earth, including its lyrics and melody in only 25 minutes. Following that, Mentor Shamlan did an activity, in which he asked each Candidate to select an Arabic and an English song that makes him/her feel nostalgic. Then, he played some of the songs and asked the students to close their eyes, so that they can feel the music. Their faces illuminated what they felt when each music hit their ears.

The day continued with the next guest speaker who was Dr. Hamad Al Habad. Dr. Hamad started by talking about his passion for his violin and his lifetime sincere relationship to this instrument. Further, he talked about his experiences and challenges in his musical journey. He said that he was excited when the first Music Institution was established in Kuwait and that he couldn’t wait to enroll in their programs. Dr. Hamad took the Candidates through his journey of the different job opportunities he took earlier in his life, which ultimately led to the integration of his musical journey. He also emphasized in his talk on the importance of reading and research, and Dr. Hamad spoke briefly about his studies, and how his passion for classical music led him to study in The United States. And then, he continued his Masters & PhD in Cairo.

Dr. Hamad stated that he was the first Kuwaiti who played Um Kulthoom’s music in Cairo by the supervision of Al Hafnawi. Moreover, Dr. Hamad stated that music is not just an art, but a healing tool to the mind and soul. And how there is a strong link between psychology and music. Another topic Dr. Hamad shared with the Candidates was how poetry and music had resolved social issues, he said that the poets and the musicians had a major role in raising the awareness of the society. Dr. Hamad concluded the talk by mentioning the importance of the culture and how it reflects the civilization and the identity of the country.

At the end, Mr. Nasser Al Humaidi concluded the session by honoring Dr. Hamad a certificate of appreciation, telling him that he is a treasure to us and to the society. 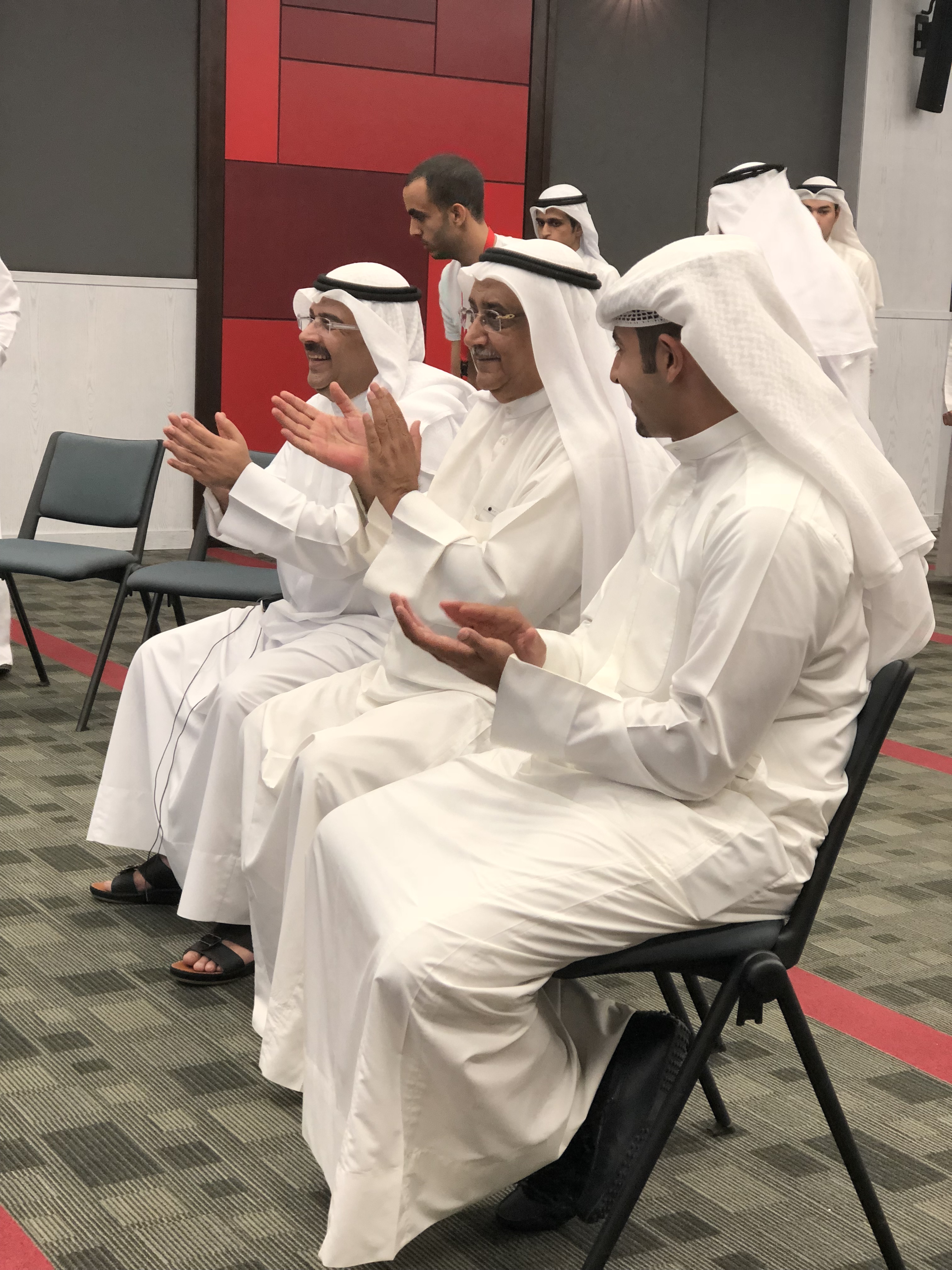 Mr. Mohammed talked about his passion in music, he said that he used to live in Failaka island and that he started playing Oud there. He referred to his brother’s support in his musical journey and he said that he his brother brought him Oud from Kuwait City all the way to Failaka. Mr. Mohammed stated that he was a very good listener for music and that had helped him a lot not only in practicing, but also in building a base of musical knowledge. He stated that Kuwait’s musical identity was slowly disappearing and that what sparked his intention to revive the identity of Kuwait. He further talked about his dedication and commitment in the evolution of Music in Kuwait throughout his journey. Mr. Mohammed advised the Candidates to grow their talents and to contribute to the society as much as they can. He also encouraged the Candidates to invest their energy in the search for “The Pure Kuwaiti Vocabulary”. 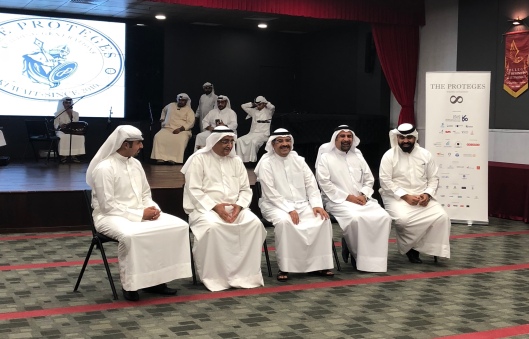 Finally, Dr. Hamad inspired the Candidates to look deeper into themselves and to reflect that into the world. He said: “life isn’t easy but one should keep fueling himself to move forward.”

Mr. Nasser Al Humaidi concluded the day by offering Mr. Al Misbah The Proteges award as a token of appreciation and gratitude.