Welcome to The Proteges MP3 experience incurred by Improv Everywhere!

Join us on Wednesday 13th of August at 3:30 pm at the corner of Suffolk and Grafton Street in Dublin, Ireland.

You will be given a command that requires an action, please start your activity after hearing the tone sound! Click here to start! 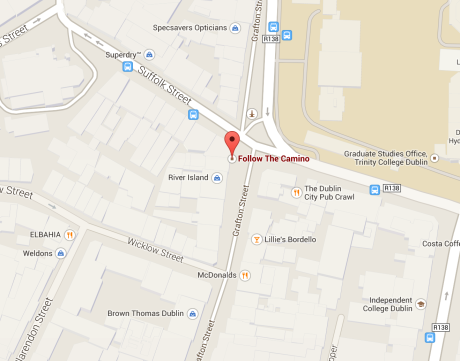 The actiVests is an NGO that aims to introduce an absent concept in the Balkan area, the concept of civil society.

With that in mind, the Greek team of the actiVests applied for the One Young World Summit in Johannesburg for a chance to represent our country and present our efforts and opinions to an international audience, one that only One Young World can provide. I was fortunate enough to be presented with the opportunity to give a speech in the Leadership & Government Plenary Session. Because of this, I was able to talk about Greece’s current situation in front of 1,250 delegates from 190 different countries.

Ioanna on stage at the One Young World Summit 2013 in Johannesburg, South Africa

Before the Summit, we ignorantly believed that the problems the actiVests faced were unique to our home country, Greece. We felt like we were the only ones facing problems like these and that we would have to face them alone. We felt like no one else could understand what we were going through. How wrong we were.

As the Summit progressed and the days passed by, I came to realise that everyone’s stories were different, but there was one key factor that resonated throughout the conference. The key factor was youth empowerment, the courage of young leaders tackling problems in every corner of the world by the use of technology, innovation and positive thinking.

After the actiVests’ trip to South Africa and our experience at the One Young World Summit, we created the Global Talks Campaign. The idea is to bring young leaders, who are actively involved in finding solutions to youth issues in their countries, together for open discussions in Thessaloniki, Greece.

The campaign enables knowledge to be shared and solutions to be generated. It will provide a way to gain experience, help people avoid previous mistakes, to share knowledge and to learn from leaders around the world.

We recently had our first talk, which was given by Mohammad Almunaikh, a One Young World Ambassador and an aspiring young leader. He was one of the activists involved in the Kuwait youth movement and one of the 40 members of the National Youth Project there.

We came up with a hypothesis that no matter how different two countries are at first glance, the youth of each nation face similar challenges and pursue similar goals.

During his presentation, Mohammad provided us with the chronicle of Kuwait’s youth movement and its success factors. He brought up 2010, the year that youth came to be more mature and socially connected thanks to modern technology. During that year, youth were provided with the power to influence world leaders’ decision making processes. 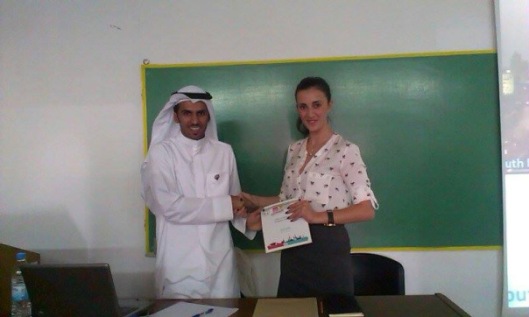 Ioanna and Mohammad at the first Global Talks Campaign event

As a Kuwaiti, Mohammad too was surprised by the similarities of our countries. He said: “The more I meet people from different parts of our world, the more I become a believer that we all live to satisfy one same value – The freedom of choice.”

This is when I realised that we really do live in a global neighbourhood. For every problem, there is a solution somewhere in the world. A solution you come up with could help someone in country far far away.

We learned a great lesson from Kuwait’s youth movement and peaceful protests. We also presented our knowledge regarding our fight for free higher education and the freedom of expression.

Society victories that were led by youth are now going public and will be shared with this and the next generation through the Global Talks Campaign.

The next stop of our campaign will again take place in Thessaloniki on the 1st of December, where we will hear talks about crowd funding resources and determination given by Serbian Ambassadors. Do you have something to say? Let’s organise a Global Talk in our country, in your country or even on Skype. We want to hear your story.