The Pending Protégés walked into the usual multi-purpose room at the American University of Kuwait. As per usual the second day of the program is dense, usually challenging the mind and tickling the imagination. The day focused on the students’ cognitive abilities, and it wasn’t anything beyond their grasp. 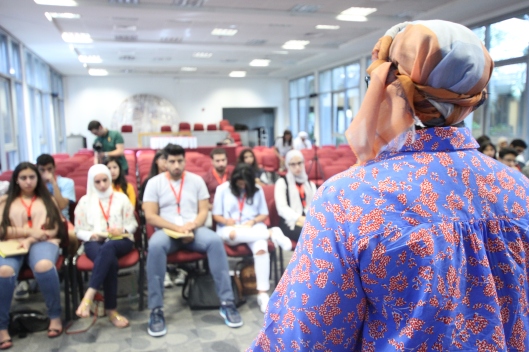 Former mentor Reem Al-Huneidi kicked off the day of heavy thinking with a session titled “Why  the Proteges?” She started by pointing out how the human is a “mixture of experiences”, and led on to talk about becoming free of guilt. “Don’t be a banana monkey,” she said. “Let it go.” Al-Huneidi believes that by acknowledging one’s emotions it becomes easier to cleanse yourself of the painful memories. Additionally, she strongly believes that one can do anything to take their mind of their worries, as long as they hurt no one. Al-Huneidi finished the session by guiding the students through a series of mental exercises that exhibited the most majestic organ; the brain. 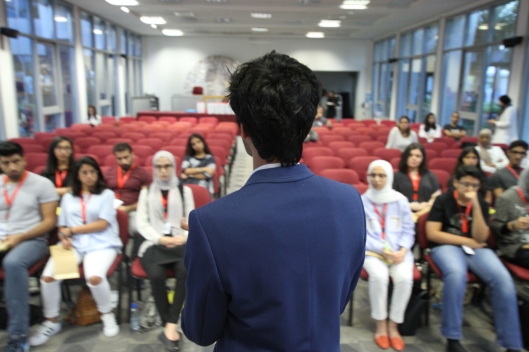 Once the first session was over, mentor Mishari Al-Mufarreh lit up the room with his black suit jacket. His presentation, titled “The Beginning” delved into the core basics of Neuro Linguistic Programming, one of Al-Muffareh’s many areas of study. The session began with Mentor Mishari discussing the principles of success, labeling the strategies and methods through which the students can start building a more fulfilled life. The second half of the session delved into the ways through which the students could program their minds to believe whatever they wanted, as long as they wanted it enough. 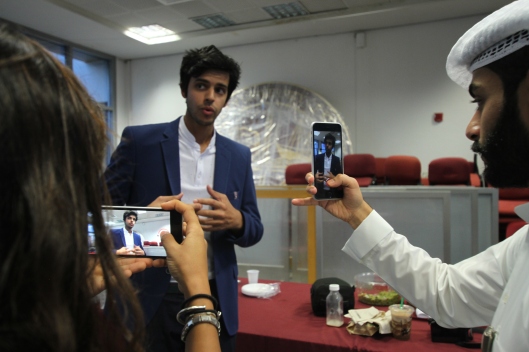 The day was long but fruitful. But again, that can also be said about the program at a whole. 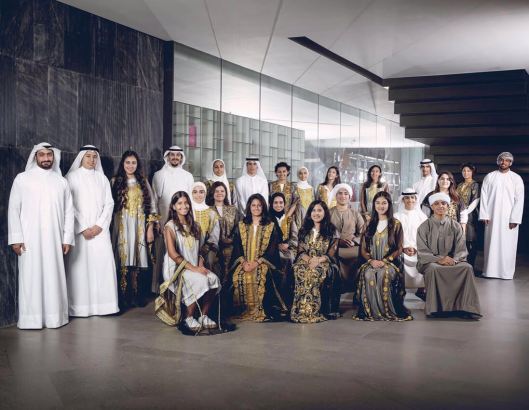 The journey has begun, and the Protégés have welcomed their newcomers as they embark on their journey to self discovery and improvement. The day started by the mentors introducing themselves and answering questions about themselves, as a way for the Protégés to know their mentors better. 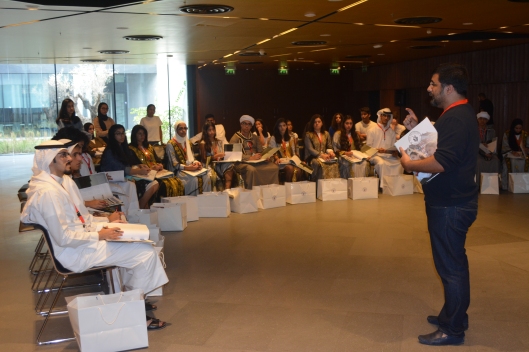 Then we proceed with a few icebreakers that would allow the Protégés to know one another. The icebreakers created objectives the Protégés had to work for. For example at the first activity took the form of discussion about a controversial idea; whether to stick by your friend on your journey to success, if they are pulling you down. As a response, one of the Protégés proposed that  “instead of the girl pulling the man down, the man can pull the girl up”. This quote sums up one side of the argument while others gave provoking ideas to challenge this idea. This discussion lead to another deeper discussion of what  is success, and here Protégés provided an insight and ideas about what they believe success is to them.

Furthermore, there was a form of debate done on different unusual topics, such as a side defending Saturn and another defending needles. This activity taught the true way to debate without attacking the opponent. After that we moved on to another activity, which took the form of a challenge. The Protégés were required to order themselves from the lightest to the darkest eye allowing for trust, communication and eye contact to be present among the Protégés, essential for their success during this 6 week program. Moreover, the protégés were later given a task to organize a random bunch of pictures into a story, and then find a creative way to present this story to mentors and other Protégés.  This task is essential for allowing the student’s creativity to emerge and then the mentors demonstrated, how they would do it in order to expand the students creativity.

Finally the students played a fun game where they shared stories about their lives in order to see who has gone through a similar experience and what those students felt and experienced during it. All in all this day was a great for the new comers to get to know one another and their mentors.